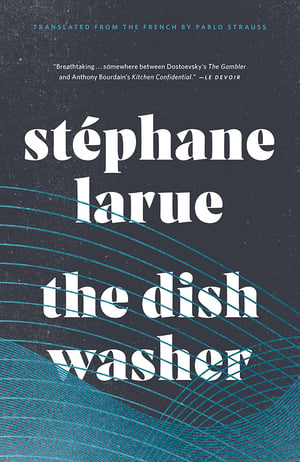 WINNER OF THE AMAZON CANADA FIRST NOVEL AWARD • NOMINATED FOR CANADA READS • A NEW YORK TIMES NEW & NOTEWORTHY BOOK • A NOW MAGAZINE BEST BOOK TO READ FOR SUMMER 2019 • As heard on CBC's The Sunday Edition with Michael Enright It’s October in Montreal, 2002, and winter is coming on fast. Past due on his first freelance gig and ensnared in lies to his family and friends, a graphic design student with a gambling addiction goes after the first job that promises a paycheck: dishwasher at the sophisticated La Trattoria. Though he feels out of place in the posh dining room, warned by the manager not to enter through the front and coolly assessed by the waitstaff in their tailored shirts, nothing could have prepared him for the tension and noise of the kitchen, or the dishpit’s clamor and steam. Thrust on his first night into a roiling cast of characters all moving with the whirlwind speed of the evening rush, it’s not long before he finds himself in over his head once again. A vivid, magnificent debut, with a soundtrack by Iron Maiden, The Dishwasher plunges us into a world in which everyone depends on each other—for better and for worse. 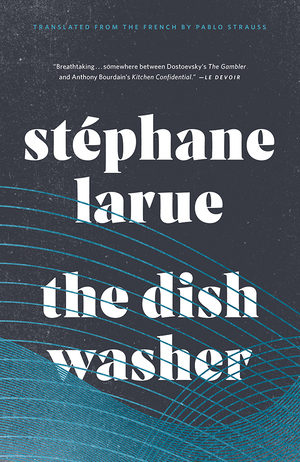